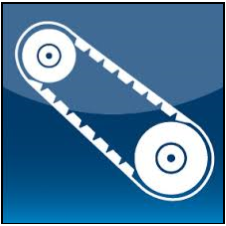 Most people don’t think about their cars belts and hoses until a belt breaks or a hose ruptures. Unfortunately, by the time that happens, it is too late, you’re stuck on the side of the road. Why does that happen? Because belts and hoses are exposed to heat, vibration, moisture and other harmful chemicals under the hood of the car they have a relatively short life span. They will often dry rot, crack, fray, break, split, or leak as a result. If not addressed promptly, these kinds of problems can cause disaster for you and your car, usually in the form of a breakdown on the side of the road. A visual inspection of belts and hoses in Frederick, MD can help detect problems before they happen. Some times radiator hoses in Frederick, MD deteriorate, cracking and splitting, from the inside-out making their condition a guessing game with only a visual inspection. Belts and hoses in Frederick, MD should be inspected frequently and the trusted local, Auto Mechanics at Carriage House Automotive can do that for you.

Your car’s belts drive some of its vital components like the water pump, alternator, and air conditioning compressor. As such it’s important that they be inspected by a mechanic to make sure there are no problems.

What to look for with a Belt Inspection in Frederick, MD:

What to look for with a Hose Inspection in Frederick, MD:

Most people change their oil on a regular basis, but most neglect the condition of the belts and hoses. A broken belt or ruptured hose can cause more trouble than an overdue oil change ever would. If you think your vehicle’s belts and hoses need to be inspected or have a problem, contact your trusted local Frederick mechanic and make an appointment. Carriage House Automotive replaces belts and hoses. We also perform brake repair and all types of other auto repairs. Give us a call at 301-694-8030.

What Our Customers Say….

I sure am glad I went to them

The people at this auto repair shop make a hard situation (auto repair) easier. My car had a bad vibration in the front end that another “clinic” diagnosed as bad axles. Carriage House balanced the tires and now the problem is gone. I sure am glad I went to them instead of letting the other place gouge me.

I went to Carriage House earlier this year to get a Maryland Inspection on my Toyota Camry. They were very courteous to me and took the time to give answers to all the questions I asked them. They even gave me a ride to work and picked me up when the inspection was done. They were great to work with and I will certainly go back for repairs if the car needs it.

Brought my 2002 Mini Cooper S here for a look over after buying it, and for MD state inspection. Very thorough and very knowledgeable. They know their stuff about the Mini, European cars, and cars in general. I had looked up common trouble spots on used Minis myself, and they checked them all without me asking! Did everything that was necessary and didn’t push for anything that wasn’t, fair price too

They are certainly one of the best car repairs shops

They are certainly one of the best car repair shops I have found in this area. They have always done good consistent work on our cars. I have never felt like they were just trying to sell me a bill of goods on the work they were doing either. They also always seem to be fair with the prices they have charged.

I have found this mechanics/ repair shop to be fair and honest. I have been coming here for a few years and they have always treated me right. As a single mother, that means a lot to me. They also give discounts to school teachers, since I used to be one, I get the discount. That’s great!

I was traveling from New York and broke down on the way. My car was towed to them late in the day and they stayed to fixed it, even though they were closing, so I could get back on my way. Another nearby tire place refused to even look at it. Their mechanic said it was time for him to go home and he would not stay. I am very greatful for the extra effort they put in to get me back on the road. Thanks a lot carriage house auto employees.

Thanks to them for keeping my car going

I had a good experience at Carriage House when my car needed repair. It needed a lot of work and they were able to take care of it at a reasonable cost and amount of time. They gave me a ride to work and kept me informed of what was going on with my car. When finished the price was lower than even they originally said it would be. I would recommend Carriage House Automotive to everyone who needs auto repair. Thanks to them for keeping my car going to last me another year or two.

I will certainly go back for repairs

I went to Carriage House earlier this year to get a Maryland Inspection on my Toyota Camry. They were very courteous to me and took the time to give answers to all the questions I asked them. They even gave me a ride to work and picked me up when the inspection was done. They were great to work with and I will certainly go back for repairs if the car needs it 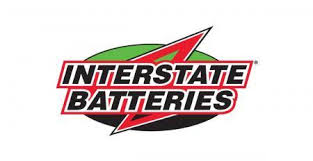 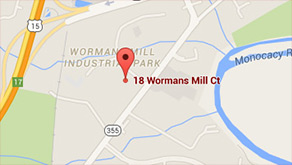 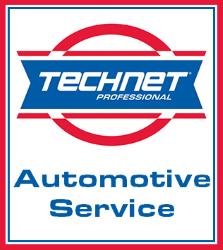